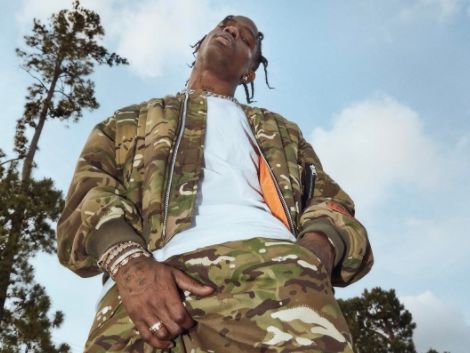 Riley von Niessen — July 6, 2017 — Fashion
References: instagram & hypebeast
Share on Facebook Share on Twitter Share on LinkedIn Share on Pinterest
Recently, news of a new Travis Scott pop-up shop was shared on Twitter, with a rather ominous flyer posted that reads, "Travis Scott Pop-Up London," in upside down lettering, which is contained in a bright yellow box that has a cartoon fly on the side of it. Beneath, the address of the exclusive store is shared as well, which shows that it will be on Berwick Street in Soho.

As HYPEBEAST reports, the opening dates of the rapper's exclusive store coincide with those of his tour. Although not much information has been released regarding the products that will be available from the pop-up, it's likely that it will feature limited edition tour merchandise and accessories.
4.5
Score
Popularity
Activity
Freshness
Jeremy Gutsche Keynote Speaker