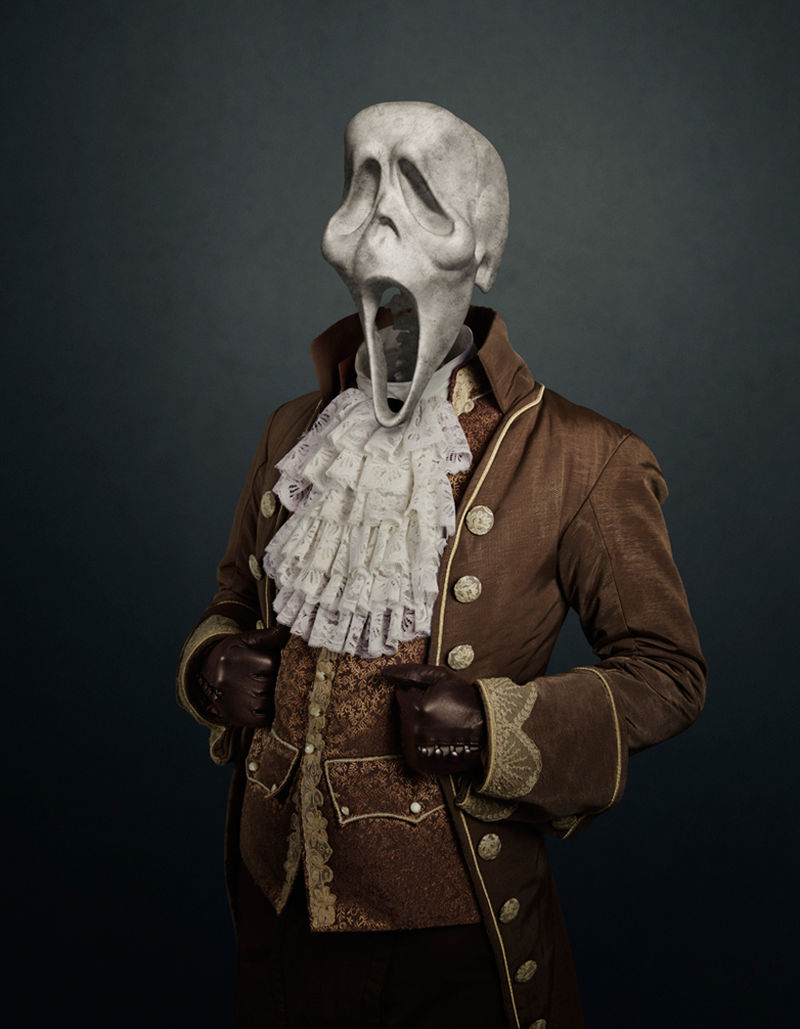 The unique skulls of the characters gives away their identities, with the skeletal Maleficent sculpture featuring her iconic curved horns, high cheekbones and slender form. Each piece is dressed in Medieval clothing as well, with the futuristic Terminator adorned in ancient armor for an artistic contrast.