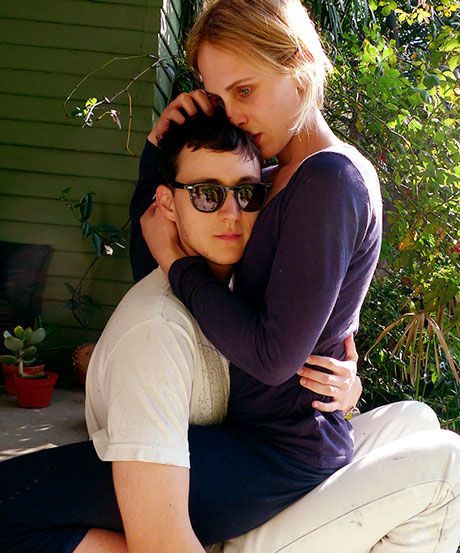 Vasiliki Marapas — May 17, 2014 — Lifestyle
References: whitney.org & refinery29
Share on Facebook Share on Twitter Share on LinkedIn Share on Pinterest
Opposite-oriented transgender couple Rhys Ernst and Zackary Drucker offer an intimate glimpse into their personal lives with 'Relationship,' a photo series currently on display at the Whitney Biennial. The series, which features 46 photographs from the couple's personal collection, chronicles Ernst's transition from female to male and Drucker's transition from male to female. The result is an incredibly poignant, tender series that explores intimacy, identity and gender.

The photographs include a close-up of Drucker's growing chest; the pair showing off the matching bandages from their latest round of hormone shots; and other insignificant, mundane moments from their daily life.

The couple's ongoing gender transitions were a secondary element of the series. Drucker explains, "Of the 46 images on display there’s a few select images in which I would say, yeah, maybe that was actually explicitly about a gender transition. [But, it all] becomes about a transition when the audience is primarily cisgendered."
6.9
Score
Popularity
Activity
Freshness
Get Trend Hunter Dashboard