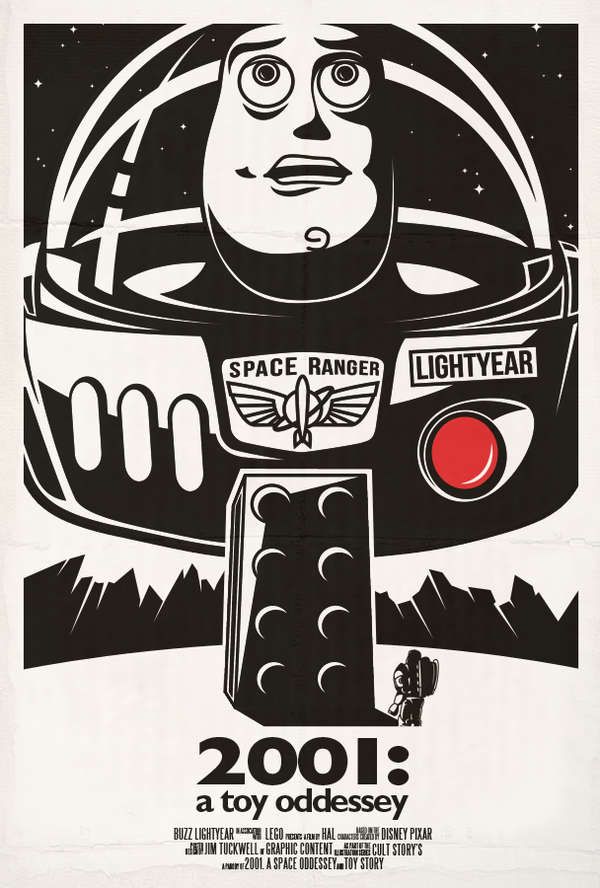 Meghan Young — October 15, 2012 — Art & Design
References: behance.net & mymodernmet
Share on Facebook Share on Twitter Share on LinkedIn Share on Pinterest
Toy Stories by Jim Tuckwell, a graphic designer and illustrator based in Perth, Australia, is a set of three classic movie posters that have been re-cast with characters from the animated film, 'Toy Story.' Buzz Lightyear is featured in a black and white poster for '2001: A Toy Odyssey,' Woody and Mr. Potato Head star in a pink-accented 'Reservoir Dolls' poster and, last but not least, the troop of green army men are cast in 'Playtoon.'

A fun project, Toy Stories by Jim Tuckwell was inspired by a desire to dabble in movie posters. Graham Roberts, a fellow designer, writes, "The Playtoon one really captures the desperation of war fare, yet you know these are just green toy soldiers. You know that Light Buzz year is just a plastic toy yet you really can feel that sense of deep space, awe and fear in Buzz’s face."
2.9
Score
Popularity
Activity
Freshness
Get Better and Faster