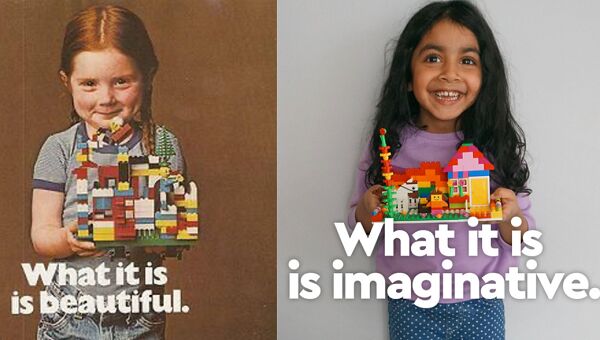 Laura McQuarrie — March 8, 2021 — Life-Stages
References: lego & designtaxi
Share on Facebook Share on Twitter Share on LinkedIn Share on Pinterest
One of the newest toy ads from LEGO remixes a poster from 1981 and it celebrates young female builders on International Women’s Day. The ad was based on the 'What it is is beautiful' campaign where girls are shown posing with their building block creations, and the reinvented version of this called Future Builders, encourages imagination.

LEGO is giving parents the chance to submit images of their kids holding their own creations, and the campaign site shares a unique poster with participants. As LEGO says, "The campaign is designed to encourage and champion today’s young women on their journey to becoming the decision-makers, role models and changemakers of the future." The Future Builders campaign is devoted to celebrating the next generation, no matter their interests, passions or career dreams.
6
Score
Popularity
Activity
Freshness
Get Better and Faster