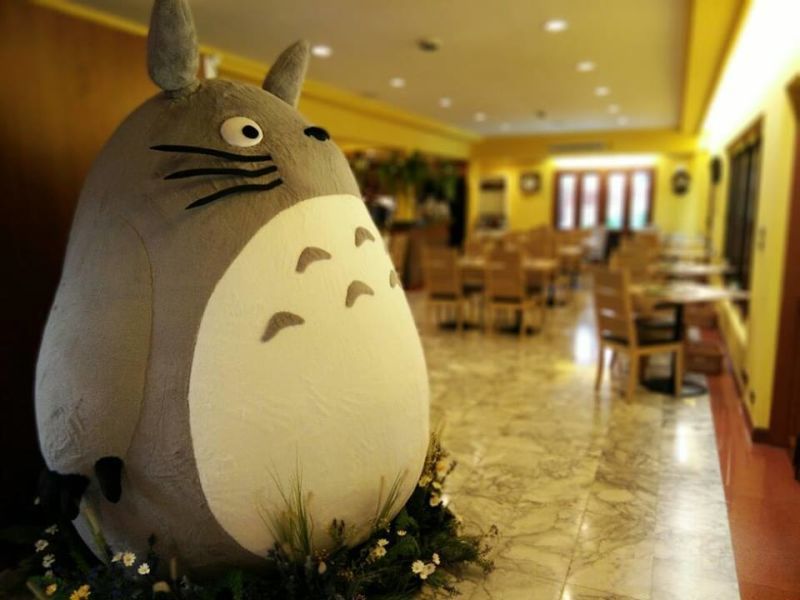 Bangkok Will Play Host to the First Totoro-Themed Restaurant

Justin Lam — May 24, 2018 — Lifestyle
References: hypebeast & kotaku
Share on Facebook Share on Twitter Share on LinkedIn Share on Pinterest
Studio Ghbli already has a themed eatery, known as the Straw Hat Cafe, in its Ghibli Museum but a new Totoro-themed restaurant is set to entice Studio Ghibli fans outside of Japan. Known as May's Garden House Restaurant, this new Studio Ghibli-inspired eatery will be located in Bangkok and will be the first officially licensed Totoro-themed restaurant in the world. The restaurant will open in May 2018 and will include a playground, an orchid glasshouse, a boat water pool and much more.

The decision to open the restaurant in Bangkok was made by Studio Ghibli producer Toshio Suzuki, who allegedly fell in love with the chicken wings served at a local food stall. The restaurant will be an extension of this stall and will ensure that the flavors of the stall will be integrated and preserved by the animation studio. Suzuki himself designed the logo and original characters used and featured in the Totoro restaurant.