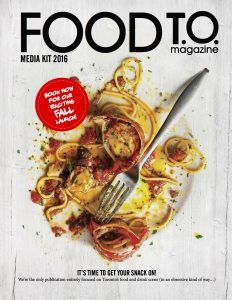 'Food T.O.' Will Showcase the Best of Toronto's Food Scene

Katherine Pendrill — August 16, 2016 — Marketing
References: marketingmag
Publishing veteran Dick Snyder is teaming up with Torstar to launch a new publication that will showcase the best of Toronto's food scene. With its multicultural population and thriving foodie culture, Toronto is home to some of the most diverse and innovative culinary delights. Now there will be a print publication for those who want to scope out the latest food fare.

Set to launch this October, Food T.O. will be a print and digital publication that will celebrate Toronto's food scene. The magazine will not only highlight new restaurants, but it will also showcase up-and-coming cuisines and provide tips for entertaining. The new magazine is largely meant to serve as an updated version of the independent publication 'CityBites,' which ceased distribution in 2014.

The new magazine demonstrates the rise of foodie culture in urban center's such as Toronto.
4.6
Score
Popularity
Activity
Freshness