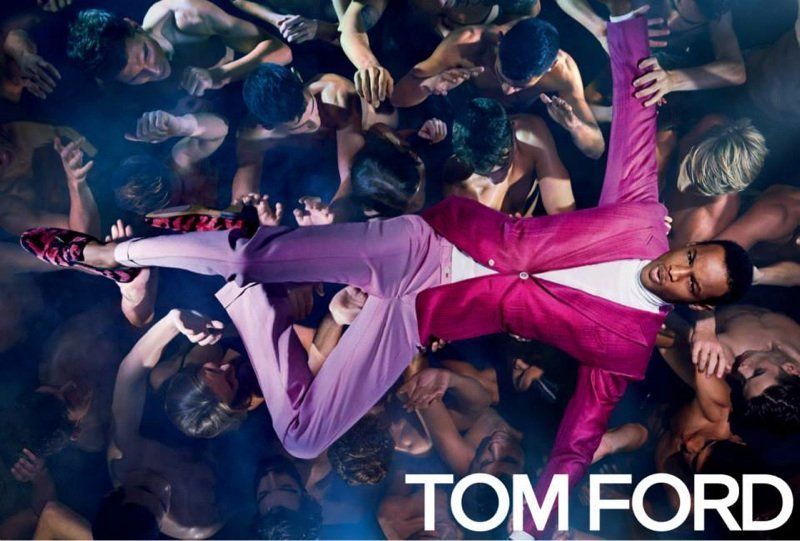 Jordy E — August 1, 2014 — Fashion
References: tomford & thegarven
Share on Facebook Share on Twitter Share on LinkedIn Share on Pinterest
The Tom Ford Spring/Summer 2014 campaign provides an intensified look at models Carlos Peters, Conrad Bromfield and Esther Heesch. In each picture, the team was pictured crowd surfing above throngs of topless men, all of whom were captured on camera by none other than Tom Ford.

Despite the awkward positions that Peters, Bromfield and Heesch had to master, they came across as exceptionally poised in the shots. Amidst upturned hands and wrists were pieces from the Spring/Summer 2014 collection seen in perforated black dresses, pink and purple menswear suits and bright red patterned blazers.