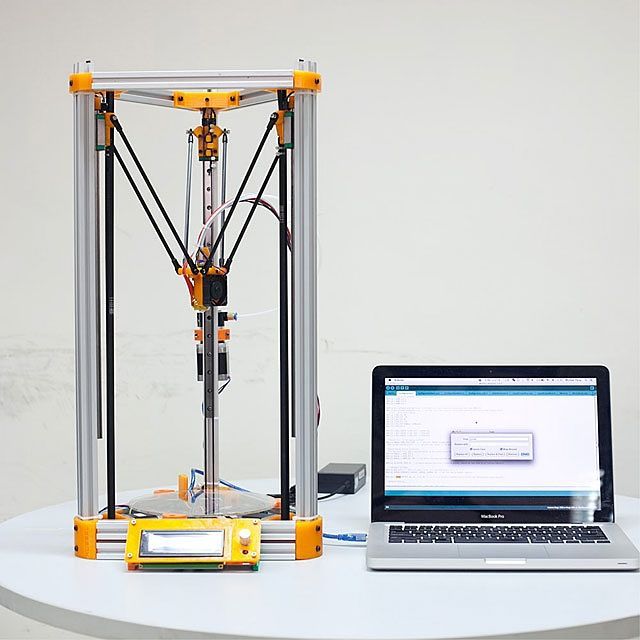 Laura McQuarrie — November 19, 2014 — Tech
References: lifestyle.brando
Share on Facebook Share on Twitter Share on LinkedIn Share on Pinterest
Now that 3D printers are becoming more capable than ever, it's no surprise that some tiny 3D printers are popping up to suit use on the go. The Kossel Mini DIY 3D Printer is a great example of this that doesn't take up too much space and is tabletop-sized.

The printer may be small, but it's packed with an awesome amount of power, including a print speed of 60 mm per second. In comparison to most 3D printers that run into the thousands of dollars, this relatively inexpensive one only costs about $580. When it comes to printing out a variety of small parts, this would be a great setup to have on hand for rapid prototyping.
5.2
Score
Popularity
Activity
Freshness
Get Trend Hunter Dashboard