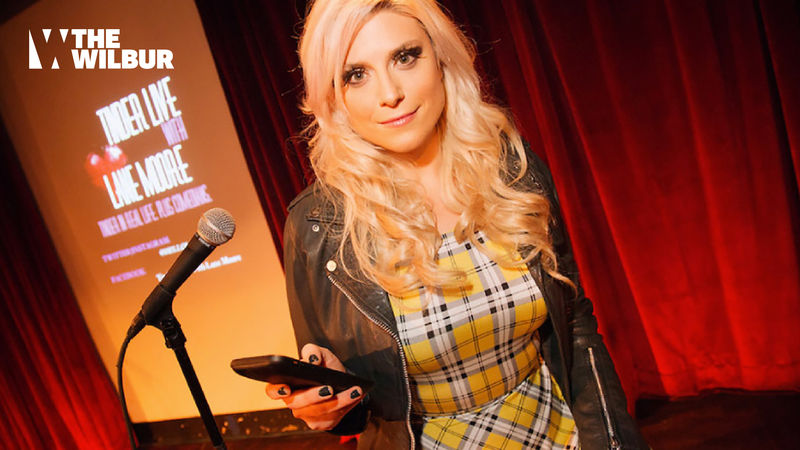 Laura McQuarrie — October 20, 2017 — Art & Design
References: lanemoore.org & tacomaweekly
Share on Facebook Share on Twitter Share on LinkedIn Share on Pinterest
Dating is one of the most talked-about topics in the world of comedy, but over the years the conversations around it have changed dramatically based on the scope of modern dating—in line with the times, 'Tinder Live!' from Lane Moore is branded as "the only comedy show exploring the crazy world of Tinder."

The comedy show offers tips, tricks and elements of surprise, as the show is said to involve real-time swiping, messaging and occasionally, even a real phone call with a Tinder match.

Soon, Lane Moore is set to host a special Halloween edition of Tinder Live!, which will feature a costume contest and a special cocktail—"The Ghosting," which refers to the practice of disappearing after meeting someone via a social dating site or app.
3.4
Score
Popularity
Activity
Freshness
Get the 2021 Trend Report FREE