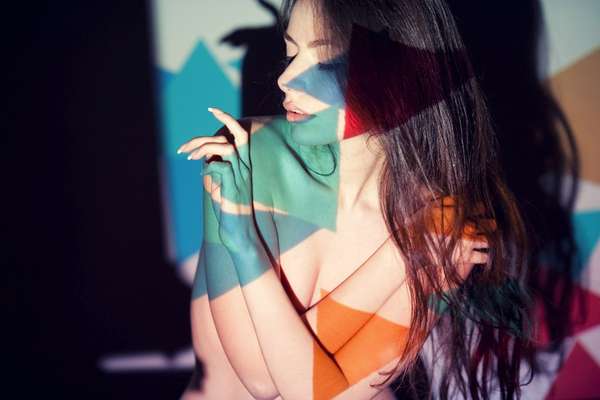 The Timmothy Lee Afroditi Series Seems Like a Performance Piece

Meghan Young — May 19, 2011 — Fashion
References: timmothylee & fashionising
Share on Facebook Share on Twitter Share on LinkedIn Share on Pinterest
The human body can become a canvas for art quite easily and the most common pieces of human artwork usually involve paint and ink; enter the Timmothy Lee Afroditi photo series. A stunning photoshoot, it shows the female form in a whole new light -- figuratively and literally.

This Hong Kong-born, Toronto-based photographer decided to project beautiful colors and geometric shapes onto his model to create something risque, sensual and artistic all at once. What I love in particular about the Timmothy Lee Afroditi photo series, however, is how the light interacts with the shadows throughout, giving the whole shoot a mysterious air.