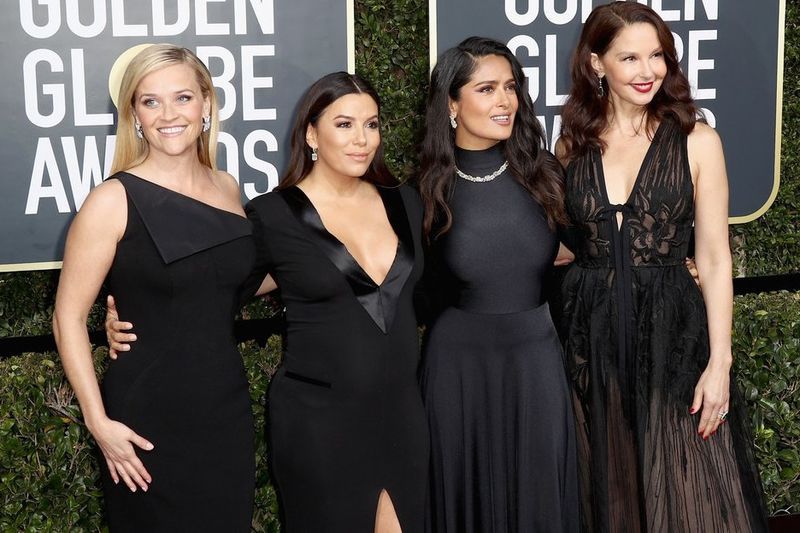 The Golden Globe Dresses Will Support the Time's Up Initiative

Dresses worn by Tracee Ellis Ross, Salma Hayek and Viola Davis as well as suits worn by Jude Law, Hugh Jackman and Neil Patrick Harris will be available to the highest bidder, with the proceeds being donated in support of survivors of sexual discrimination, harassment and abuse.

According to Anna Wintour, ”through this auction powered by eBay for Charity, and harnessing the compelling pull of both fashion and activism,we’re hopeful that the black dresses worn at this year’s historic Golden Globe Awards will raise funds for the Time’s Up initiative and serve to support the stories and voices of those who have been victims of sexual misconduct.”