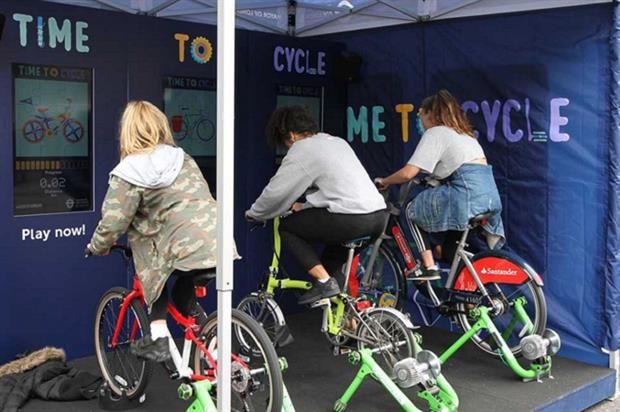 At the event space, the people of London are invited to play an interactive game that begins by sitting on a stationary bike. The game challenges people to pedal fast enough to reveal a London landmark on the screens before them, since the faster they pedal, the faster the image appears clearly.

Each game is hosted like a small game show, complete with a host and iPad controls. Onsite, participants are able to learn more about the London infrastructure systems that are in place to help to make cycling in the city easier. Time to Cycle's last stop will be at the Prudential RideLondon Festival Zone at the end of July.