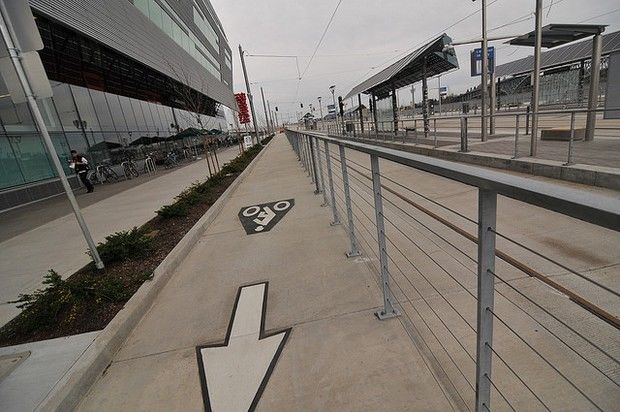 Rebecca Byers — March 23, 2015 — Eco
References: citylab & citylab
The Tilikum Crossing bridge planned for Portland, Oregon is a groundbreaking concept for public transportation. The first of its kind, the futuristic and eco-friendly bridge will be designed for buses, pedestrians, cyclists and light rail transportation, but will ban private cars.

Portland, also known as America's cycling capital, has long had a reputation for being a cycle-friendly city, but the lack of safe bridge options for those not driving cars are considerably limited. Given Portland's geography and the location of the Willamette River through it, it seems inevitable that eventually a permanent solution for non-car traffic to get safely across the river would need to be made.

The planned Tilikum Crossing bridge will be 1,720-foot long and is expected to open in September 2015.
4.3
Score
Popularity
Activity
Freshness