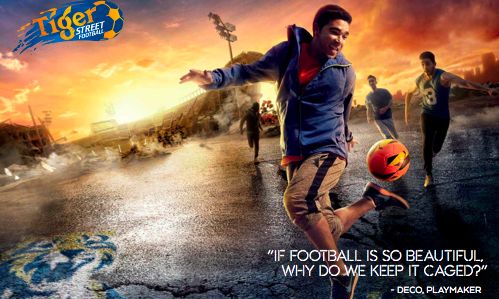 The campaign pushes Deco's quote, "If football is so beautiful, why do we keep it caged?" in an ad that shows a stadium being torn down, in a display of what Tiger Street Football is all about. The campaign allows fans to submit rule changes to the game of football, with Deco himself selecting the best fan rules to be implemented in each country featured on the Tiger Street Football tour.

The campaign featured stops in Cambodia, Mongolia and Singapore, and is a great example of reaching out to beer-drinking sports lovers in a creative and interactive fashion.