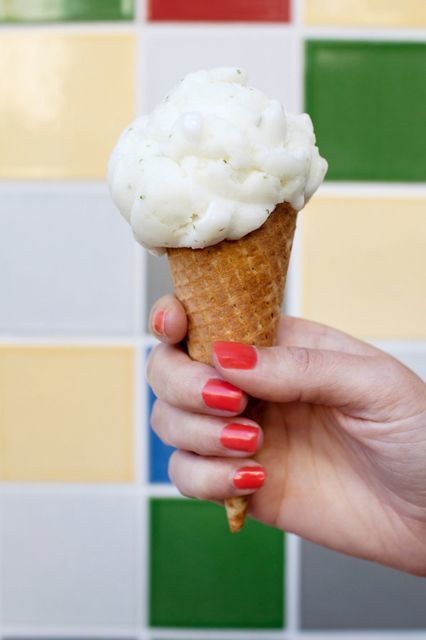 Ice cream tends to be intertwined with our wholesome perception of childhood. When we think "ice cream," we picture little kids playing jump rope and chasing after the forcefully cheerful tune of the ice cream truck. What we don't think about, probably, is gay sex. But with names like "Two Bottoms Don't Make a Top" and "Maple Stonewall-Nut," Three Twins Ice Cream's new flavors absolutely, without a doubt, conjure a vivid image of homoerotic hanky panky.

LGBTQ activist and Three Twins founder Neal Gottlieb explains, "I think that it’s great that we live in a time and place where people can celebrate who they are and we are excited to offer these amazing and fun flavors." Don't dilly dally, either, because these scandalous offerings are only available for the month of June.