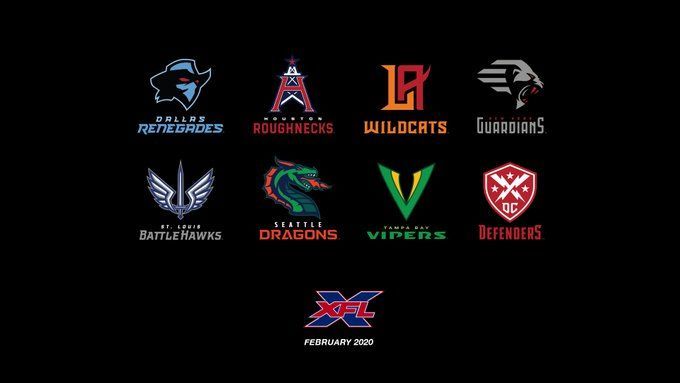 Daniel Johnson — August 26, 2019 — Marketing
References: xfl & hypebeast
Share on Facebook Share on Twitter Share on LinkedIn Share on Pinterest
The XFL has recently unveiled the team names and logos for the alternative football leagues 2020 season. It was announced in 2018 by Vince McMahon that the XFL would be relaunched, and the league is making progress to be ready for its first season since it was originally launched in 2001.

The XFL team teams will be the Dallas Renegades, the Houston Roughnecks, the Los Angeles Wildcats, the New York Guardians, The St. Louis BattleHawks, the Seattle Dragons, the TampaBay Vipers, and the Washington Defenders.

The league will have a draft in October, which will consist of players that it has recently invited. The draft pool will in part be made up of NFL players who did not make it through Labour Day cuts. Training camps will then be scheduled for January of 2020.