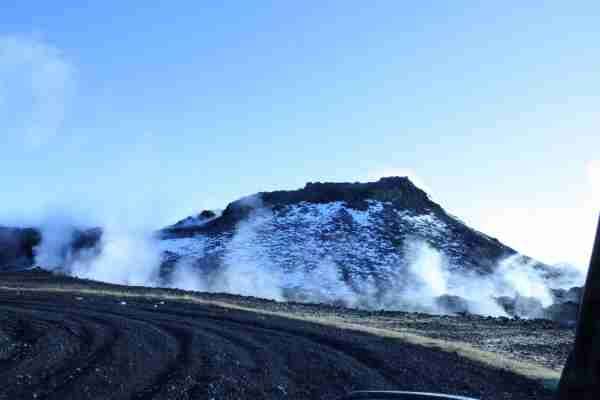 Real-Life Journeys to the Center of the Earth

Hjortur — December 13, 2008 — World
References: volcanotours.is
In the movie ‘The Journey to the Center of the Earth,’ we follow Brendan Fraser and his guide, the Icelandic Anita Briem, on a journey down the crater of Snaefellsjokull, a legendary glacier-covered volcano in Iceland. Under the surface of the Earth they discover a new world, unlike anything they’d ever seen before.

But did you know that there is a company that actually does offer trips down volcanic craters in Iceland, and into a magical world under the surface of the earth? The company is called Volcano Tours and is run by Erling Einarsson, an Icelander who has spent the last two decades exploring and mapping the previously unseen wonders hidden under the Icelandic lava fields.

Erling guides people to lava caves and tunnels where melted lava flowed in underground rivers a few hundred years ago, and in some cases, even just a few decades ago. There are places where the lava is still smoking hot. The melted lava has left some amazing rock formations that have been untouched by the fierce Icelandic winter storms, heavy snow and the not-so-delicate human touch.

Some of the places Erling can take you to are places that only two or three people have ever been to. That’s fewer people than have been to the moon!
3.3
Score
Popularity
Activity
Freshness