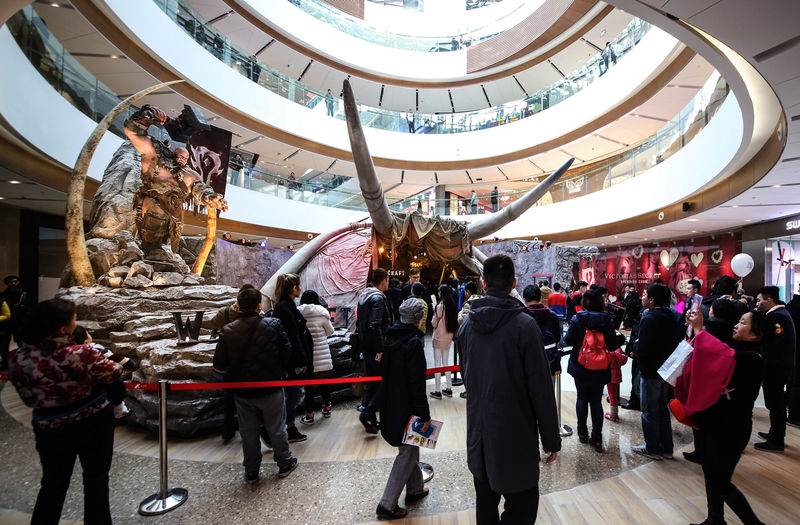 Katherine Pendrill — March 25, 2016 — Marketing
References: legendary & comicbook
Share on Facebook Share on Twitter Share on LinkedIn Share on Pinterest
Legendary Pictures, Blizzard Entertainment and Atlas Entertainment recently teamed up to bring the The Legendary Warcraft Experience to a number of malls in China. Designed to promote the upcoming movie 'Warcraft,' the event used real life props and a immersive VR ride to bring the fictional world to life.

The Legendary Warcraft Experience began in Joycity in Chengdu, where guests were given a chance to see and experience content from the film. Guests were able to interact with a number of life-like character statues, as well as props, weapons and some of the costumes from the film. In addition to the physical exhibits, guests were also able to experience a VR ride, in which they soar through the skies of Azeroth, just like in the film.

The movie-themed promotion ultimately gave fans a unique opportunity to interact with Warcraft's fantasy world through the use of physical and VR content.
3.2
Score
Popularity
Activity
Freshness
Get Trend Hunter Dashboard