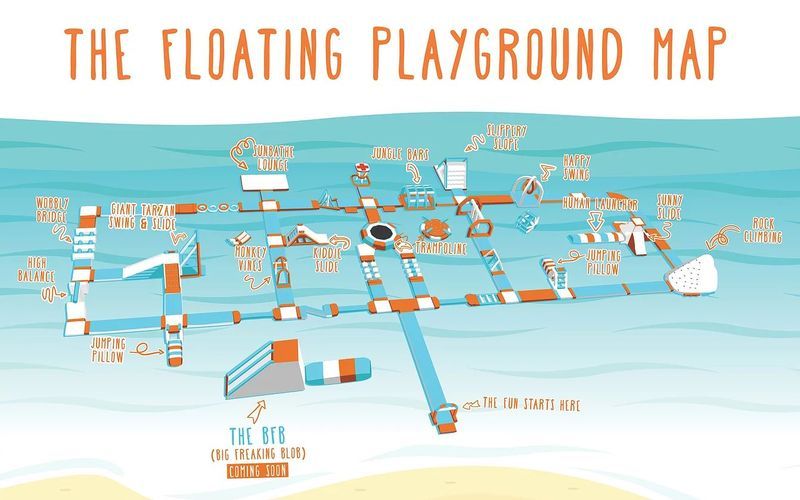 'The Inflatable Island' is the Biggest Floating Playground in Asia

Joey Haar — April 12, 2017 — Lifestyle
References: theinflatableisland & news.abs-cbn
Share on Facebook Share on Twitter Share on LinkedIn Share on Pinterest
The Inflatable Island is a new water park in the Philippines' Subic Bay — literally. As its name suggests, The Inflatable Island is a series of inflatable elements that stretch out off the shore of the beach. It's similar to a set of pool toys strung together, only much, much bigger.

Branding itself as "the biggest floating playground in Asia," The Inflatable Island's specs are truly staggering. It covers 3,400 square meters; if that number is too abstract, this puts it into perspective: the inflatable playground covers as much area as eight full-sized basketball courts.

Though there are a few elements in the park designed for children, such as a kiddie slide, the majority of The Inflatable Island is geared towards Millennial guests. They tend toward the extreme, including things like a rock climbing wall, a Tarzan swing, and a "human launcher."
4.3
Score
Popularity
Activity
Freshness
Get Trend Hunter Dashboard