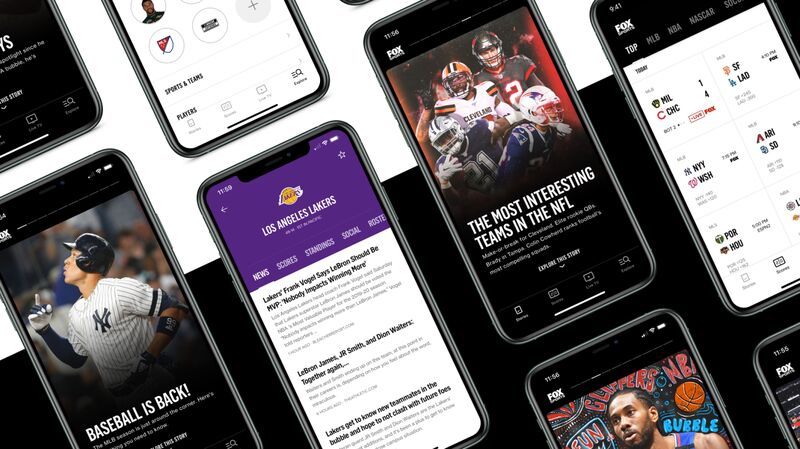 Daniel Johnson — July 21, 2020 — Tech
References: foxsports & techcrunch
Share on Facebook Share on Twitter Share on LinkedIn Share on Pinterest
The Fox Sports app was recently reworked and now features a more modern design, as well as additional camera angels. The app also now includes in-game information as well as gambling odds and blighted matchups. Users of the new Fox Sports app with cable subscriptions will also get links to game broadcasts as well as extra camera angles. The extra camera angles can focus on a single-player or a different view of a game as it unfolds. The updated app is currently available to iOS and Android users.

David Katz, the Head of Digital for Fox, spoke about the new app, "Our goal was if we took a step back and said, everything we know about where the world is today, and everything that we think is kind of missing from sports apps and websites, could we reimagine that and build a much more modern approach to this, but at the same time, not scare people off in a way that they don’t know what to do."