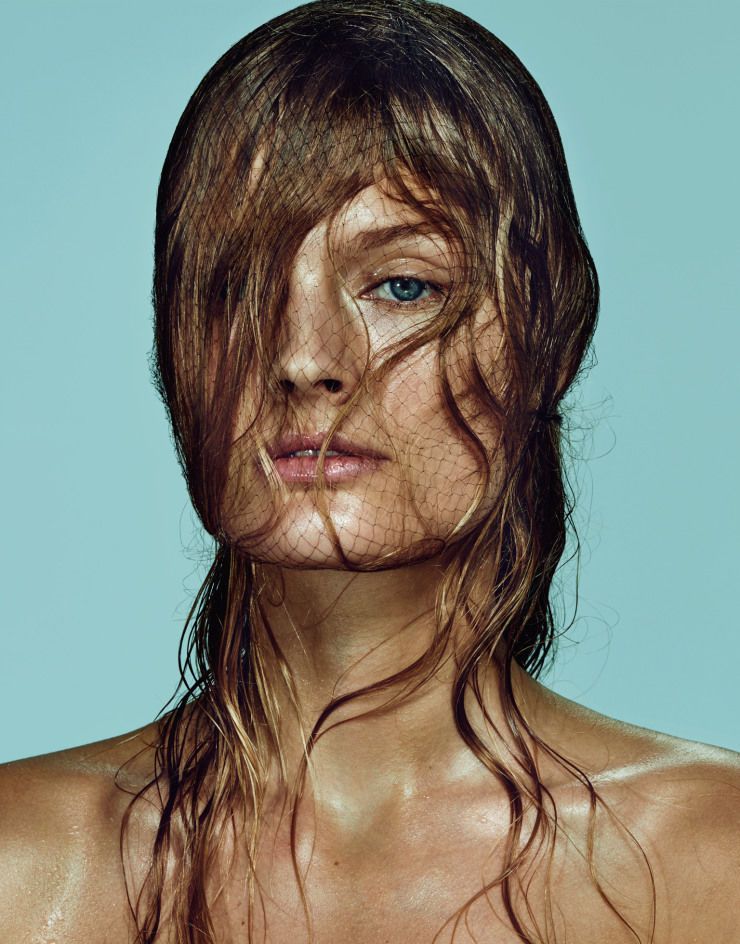 Fashion editor Tracy Taylor stepped in, dressing Jablonski in a variety of different looks. Whether it was a high-neck floral flock, a soft angora sweater or a turtleneck dress, Taylor made sure that Jablonksi was chic and understated. Even looks that featured the mixing and matching of several patterns did not seem overwhelming, as Jablonski pulled them off with a certain degree of poise reserved for supermodels, and the French (Jablonski is both). Meanwhile, hair stylist Edward Lampley experimented liberally throughout the shoot. In one shot, Jablonksi wears a short black wig; in another, she wears a hairnet over both her hair and face.