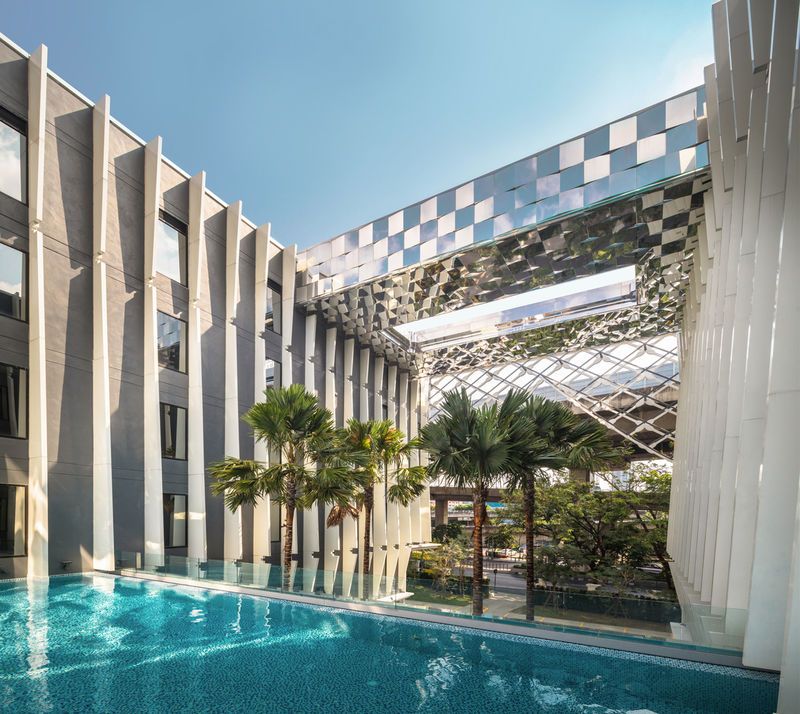 Plan Architect Breathed Life Into a Six-Storey Hotel in Bangkok

Kalina Ned — April 30, 2018 — World
References: archdaily
Share on Facebook Share on Twitter Share on LinkedIn Share on Pinterest
Plan Architects worked on the integration of a four-star Thai hotel within an "untidy neighborhood." The Bangkok Midtown hospitality service boasts a number of public facilities, including a restaurant, a swimming pool and a spa. Plan Architects sought out to find a design that appealed to the functions of the establishment, as well as one that offered a welcomed contrast to the aesthetics of the neighborhood.

In the development of the Thai hotel, the practice focused on traditional architectural techniques that are directly informed by the region. Thereafter, Plan Architects introduced contemporary elements that eventually struck a healthy balance with the more conservative motifs. Perhaps one of the most striking elements of the Thai hotel is the facade, which creates an extra layer of dimension with its shadowy imposition.