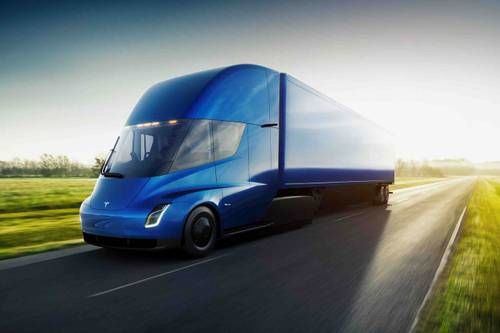 Elon Musk Announced the Production of the Tesla Semi Truck

Daniel Johnson — June 11, 2020 — Autos
References: tesla & hypebeast
Share on Facebook Share on Twitter Share on LinkedIn Share on Pinterest
Elon Musk, the Tesla CEO, recently confirmed that the company will begin producing a Tesla Semi truck. Initially, the news was released through a memo, and after that Musk confirmed the Tesla Semi truck thorough Twitter. The company did not indicate a release date or where manufacturing will take place. However, some speculated features of the truck include a max speed of 65 mph and a range of 500 miles on a single battery.

Creating an electric semi-truck would allow the company to expand into a new industry. E-commerce continues to grow, and trucking often plays a vital role in these operations. If Tesla can create an electric truck that performs like gas-powered vehicles, the company could see success in expanding into trucking.