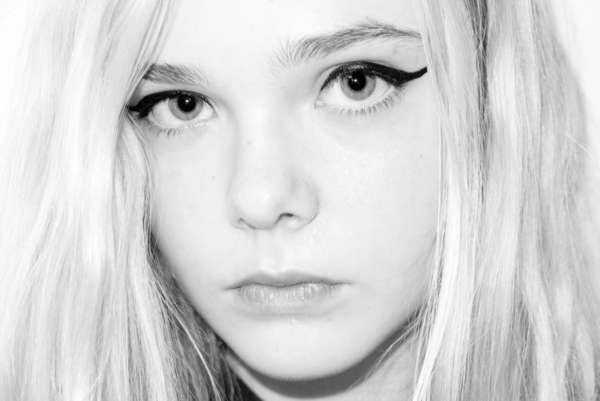 Felicia Moursalien — November 14, 2011 — Celebs
References: terryrichardson & terrysdiary
Share on Facebook Share on Twitter Share on LinkedIn Share on Pinterest
After seeing this 13-year-old posing way beyond her years in the Marc by Marc Jacobs ad, the Terry Richardson Elle Fanning photoshoot is surprisingly appropriate. The young starlet, most famously known as Dakota Fanning's little sister, is seen in a series of photos from goofy to playfully pouty. Her outfit is fun and comfortable, albeit something no normal tween would sport, and she even wears Richardson's iconic glasses in some photos.

What's notable about the Terry Richardson Elle Fanning shoot is that it helps shake that Lolita-esque prickle of discomfort that the Fanning sisters have dusted on the world. Although she is wearing some bold cat eye make-up, Richardson's closeups brings into focus her childlike eyebrows and young features. The iconic photographer is famous for breaking down barriers between personality and image in his shots.
5.9
Score
Popularity
Activity
Freshness
Get Better and Faster