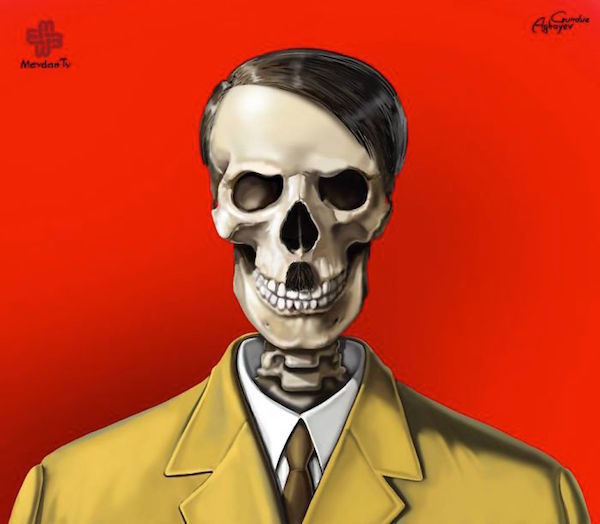 'Just Leaders' is a Satire on History's Famous Dictators

Agayev is an artist that has created several series of illustrations based on political commentary that have gone viral. This series, aptly titled 'Just Leaders,' portrays some of the most well-known and recognizable dictators as skeletal figures, while maintaining the essence of each figure.

This visual commentary on these notorious figures features Adolf Hitler, Napolean Bonaparte, Joseph Stalin and even more contemporary figures like Vladimir Putin, Muammar Gaddafi and Kim Jong-Un. The portrayal of forbidden skeletons for these terrifying political illustrations alludes to the fear that these men can conjure. At the same time, the illustrations humanize these figures, the representation of fear balanced with the idea that they, at the end of the day, are just massively flawed human beings.
6.9
Score
Popularity
Activity
Freshness
Attend Future Festival Virtual