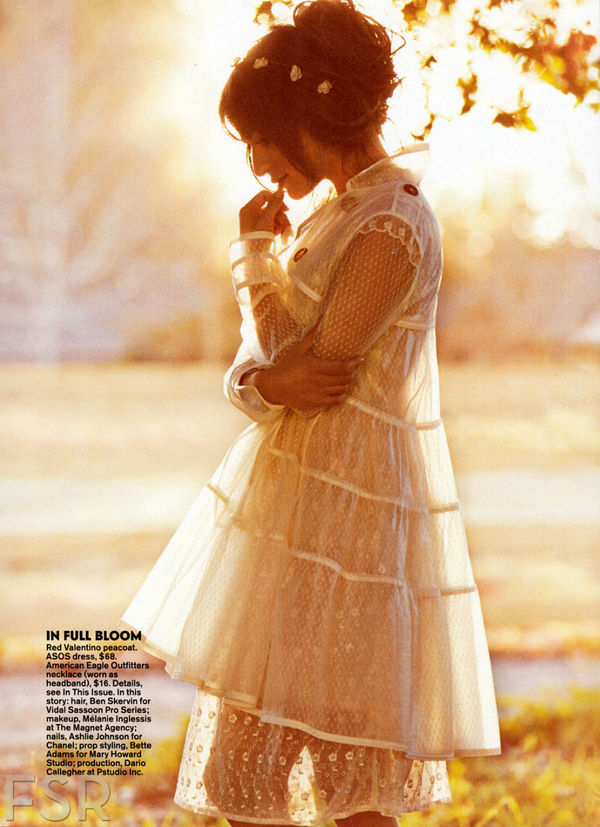 Photographer Giampaolo Sgura snapped up this sweet and calming shoot in a soft, sun-lit field. Singer and actress Lea Michele looks prettier than she ever has before. If you’re not acquainted with Michele’s work, she first became popular on a musical TV show called Glee and then starred in a number of featured movies such as ‘Valentine’s Day.’

The styling in this Teen Vogue March 2014 pictorial is all about being sweet, soft and a little virginal. All-white was the styling theme of the day, even though some of the shots depict her sitting on the ground. Lace, eyelets, sheers and flowers in her hair come together to make her look angelic.