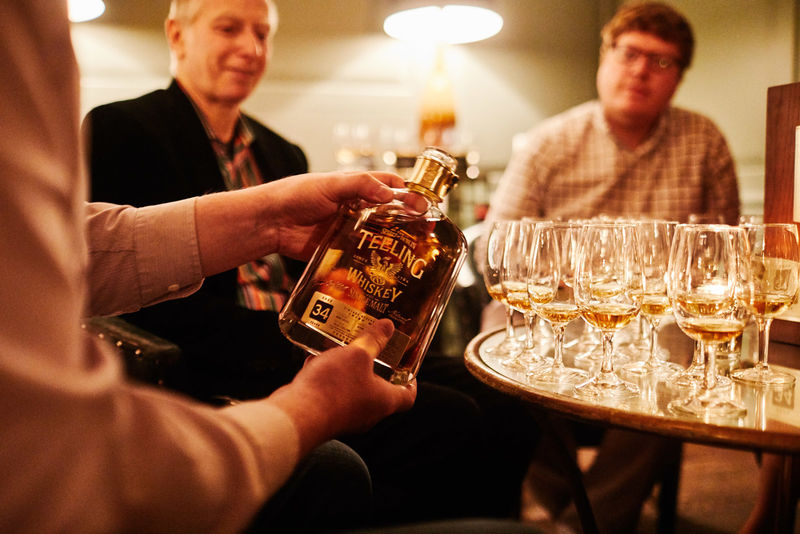 Justin Lam — February 12, 2018 — Lifestyle
References: teelingwhiskey & coolhunting
Teeling's 34-year whiskey is the oldest single malt Irish whiskey to ever be bottled. While the age of whiskey does not always play a factor in the quality of the product, this bottle plays an important role in the history of Irish whiskey and is sure to be a collector's piece in certain circles. The limited release bottle is part of Teeling's vintage reserve series and comes in a hand-engraved bottle produced by Glencairn. The whiskey will retail for $5,000 -- the first Irish whiskey to ever sell at this tier -- with only 42 bottles being released.

Teeling's 34-year whiskey comes from the Dublin-based distillery founded in 2012. The distillery was capable of offering this product, first made in 1983, after acquiring a rare cask collection. The double-distilled whiskey was aged in a former American bourbon cask, which carried a long history of use. The whiskey itself brings mild blueberries on the nose and features a creamy oak flavor on the palette.