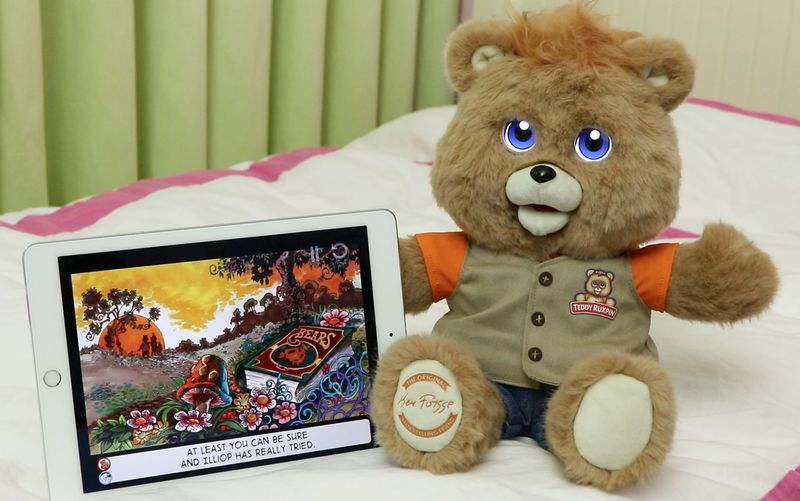 The Classic Teddy Ruxpin Stuffy is Getting a Modern Update

Joey Haar — October 3, 2016 — Life-Stages
References: wickedcooltoys & cnet
Back in the 80s, the Teddy Ruxpin stuffed animal was on the cutting edge of animatronics, featuring blinking eyes and a mouth that moved in sync with its programmed phrases. Though technology has come a long way in the past 30 years, the adorable teddy bear is making a return -- with some updated technology too.

The new Teddy Ruxpin doll's biggest update is his eyes. Those original analog peepers will be replaced by LEDs that can look around and react with 40 colorful animated expressions. Beyond the standard expressions like happiness, sadness, cheekiness, and more, the LED eyes will have full color palettes, allowing for animations that include stars, hearts, sparkles, and flowers.

The new Teddy Ruxpin franchise is set to be re-released in 2017, 32 years after his initial release.
6.5
Score
Popularity
Activity
Freshness