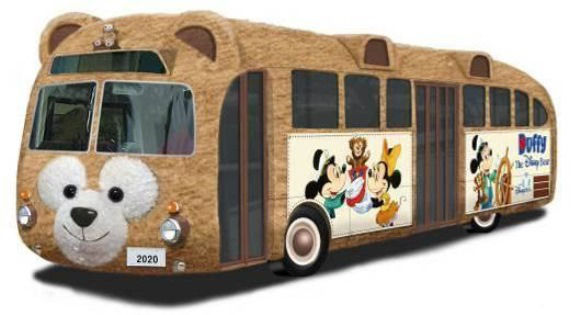 Laura McQuarrie — February 7, 2014 — Autos
References: olc.co.jp & en.rocketnews24
Disney Japan's teddy bear bus is exactly what a cross between a form of public transportation and a stuffed animal looks like. The bus is a little rounder in the front and back than a normal city bus, which just adds to the whole appeal of the bus. On the front of the bus, Duffy's face appears just below the windows and on its rear, the some of the lights are integrated into two paw prints.

Both the exterior and interior of the bus have been covered in the same brown fur as the Disney bear, which would probably make the ride extra comfortable.

The Duffy Bus is set to go on a tour Japan from February 20th until March 31st, making 19 different stops between Tokyo and Shizuoka Prefecture so people can stop and see this unusual bus up close.
4.1
Score
Popularity
Activity
Freshness