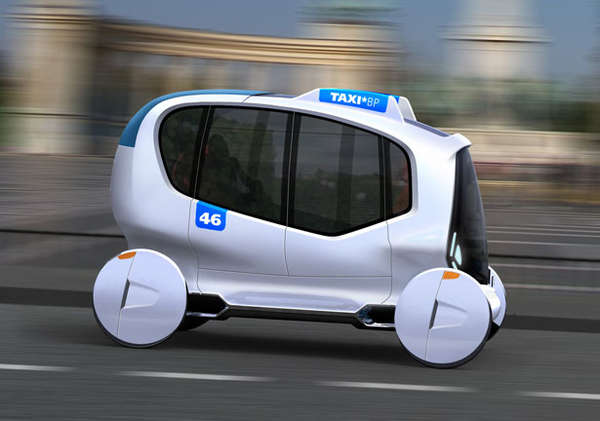 Taxi BP is Designed for Budapest in the Year 2046

Michael Hines — February 18, 2013 — Autos
References: ruppertworks.blogspot.hk & tuvie
Dániel Ruppert is the designer behind Taxi BP, a driverless cab designed for Budapest in the year 2046. Ruppert's taxi concept is meant to be environmentally friendly and can seat up to four people. The futuristic cab features large windows that give passengers a scenic view of Hungary's capital city. On nice days the top of the cab can be dropped, turning Taxi BP into a convertible.

Autonomous cars are still in their infancy, but there's no question that they will play a huge part in the future of the automotive industry. Cabs are a logical landing spot for driverless cars. Taxi BP would make it easy for folks to travel around a city in private and comfort. Oh, and the whole convertible aspect isn't too shabby, either.
3.8
Score
Popularity
Activity
Freshness