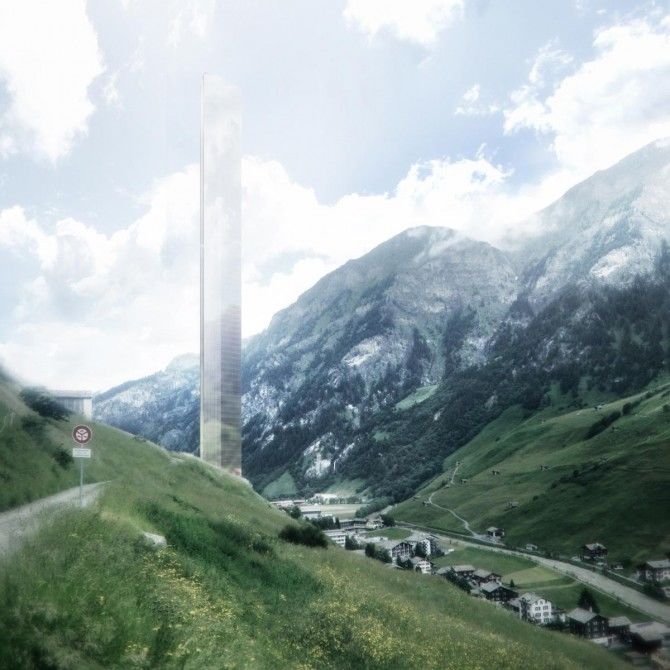 Europe's Tallest Skyscraper Will Be Situated in a Swiss Village

Rahul Kalvapalle — March 28, 2015 — Art & Design
References: morphopedia & gizmag
Share on Facebook Share on Twitter Share on LinkedIn Share on Pinterest
Europe's tallest skyscraper, the 7132 Tower, is all set to be built in a most unusual location -- a tiny Swiss village with a population of about a thousand people. Plans for this thin, mirrored skyscraper were unveiled by Californian firm Morphosis. The building is envisioned in the village of Vals, which in addition to being a tiny village also happens to be the site of a luxury resort.

The skyscraper will be so slim that there will only be one room on each floor, so I'm hoping the elevators will be really, really fast. A floorspace of nearly 50,000 square meters is split between 107 guest rooms and suites as well as a variety of plush amenities including a ballroom, pool, fitness suite and luxury spas.

We tend to think of skyscrapers as strictly belonging in urban environs, so it'll be fascinating to see how this one looks in an idyllic hilly village.
2.2
Score
Popularity
Activity
Freshness
Attend Future Festival