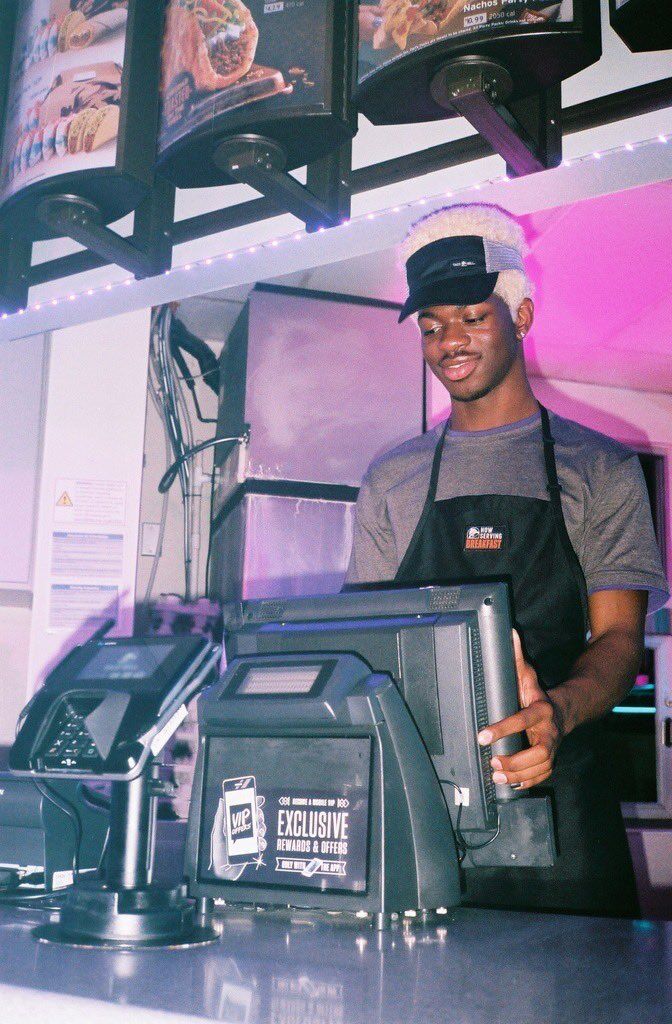 Riley von Niessen — May 25, 2021 — Marketing
References: youtube & twitter
Share on Facebook Share on Twitter Share on LinkedIn Share on Pinterest
Taco Bell and Lil Nas X have joined forces to follow up the famed rapper's iconic 'Montero' music video with a new release that pays homage to his pre-fame self, when he worked at an Atlanta-area Taco Bell. The 'Sun Goes Down' music video shows Lil Nas X looking back into his past, with portions of the video taking place within an Anaheim Taco Bell location. A current Taco Bell employee also features in the video, who works alongside the rapper behind the restaurant counter.

Jennifer Frommer, SVP of Brand Partnerships & Commercial Licensing at Sony Music spoke to the partnership, explaining "When the Lil Nas X team came to me with Nas’ vision for his latest single, ‘Sun Goes Down,’ we knew we had to engage with Taco Bell immediately. It’s extremely rare when an artist and a brand can connect on such an authentic, deep level as Nas had worked at Taco Bell as a teen."