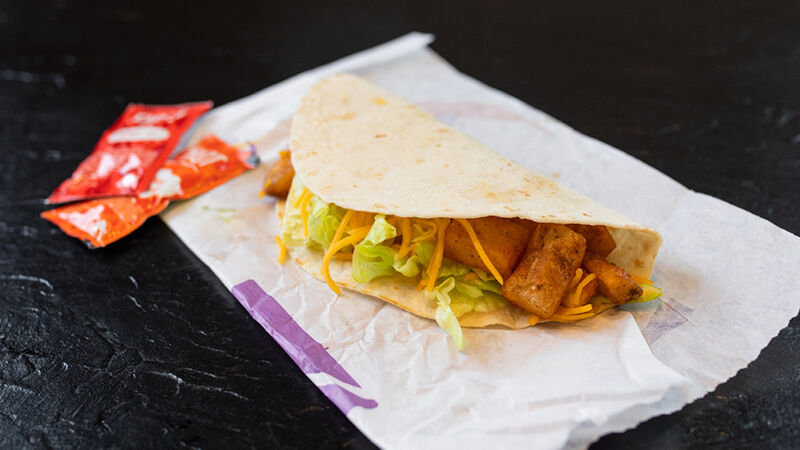 Taco Bell and Beyond Meat will Partner in 2021

Ellen Smith — January 15, 2021 — Lifestyle
References: tacobell & adweek
Share on Facebook Share on Twitter Share on LinkedIn Share on Pinterest
Taco Bell and Beyond Meat have announced a partnership, set to launch in 2021. The demand for eco-friendly food options has resulted in an influx of fast food restaurants expanding their menus to include more plant-based items. This movement has seen significant increase in the past year, with meat-heavy chains like A&W, KFC and Pizza Hut introducing meat alternatives.

Now, Taco Bell, which has an array of meatless options, has announced that a plant-based 'meat' will be available for those interested. While little is known about this partnership, and no specific menu items have been announced, the brand stated that the partnership will “create an innovative new plant-based protein”.

Taco Bell says that the menu item must first test well before it becomes a permanent fixture.