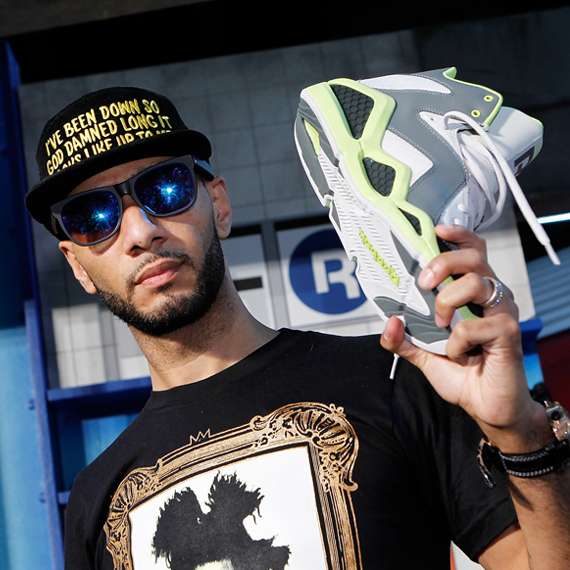 If the shoe's green (or red), grey and black combination look familiar to you, it’s because the shoe is a reinterpretation of the Reebok Kamikaze II -- the shoe of 90’s NBA star and former dunk champion Shawn Kemp. Reebok plans on releasing only 84 pairs of the Swizz Beatz Kamikaze, with each pair including a numbered tag and an official Swizz Beatz signature. For a limited edition shoe, the Kamikaze is very reasonably priced at $100 USD.

The Swizz Beatz Kamikaze is the first official collaboration between the multi-talented artist and Reebok. He is also the curator of the Reestyle Collective, a group of artists that will produce a wide range of creative content for Reebok including art, music, dance and style.