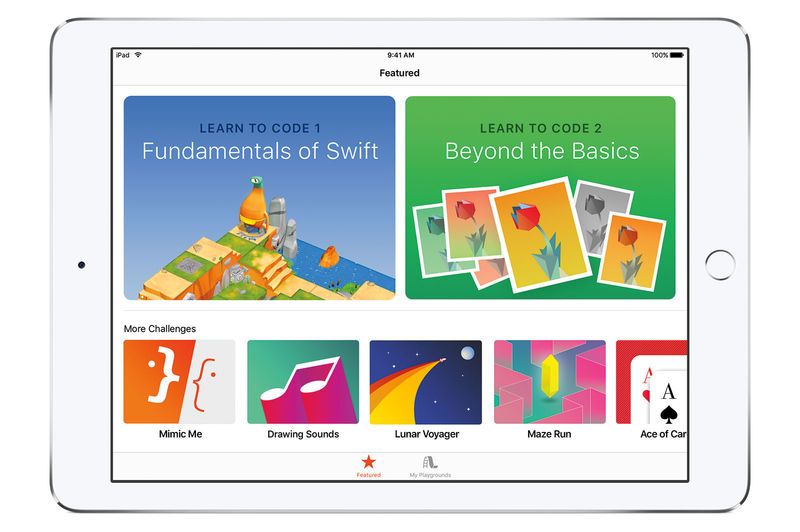 Laura McQuarrie — June 28, 2016 — Life-Stages
References: developer.apple & engadget
Share on Facebook Share on Twitter Share on LinkedIn Share on Pinterest
At the latest WWDC keynote, Apple unveiled a new iPad app for kids called 'Swift Playgrounds' that helps them to learn its Swift programming language. To simplify the activity, Apple teaches kids to code in the form of a game.

With Swift Playgrounds, kids are introduced to a character named 'Byte' and are tasked with creating snippets of code so that gems can be collected. When coding, the programming language can be seen on the left side of the screen, while the interactive in-game world is displayed on the right. Initially, kids begin by dragging and dropping pieces of code, but as they progress, they are able to manually input their own lines.