Beauty in Support of AIDS
Next
Set of
Related
Ideas 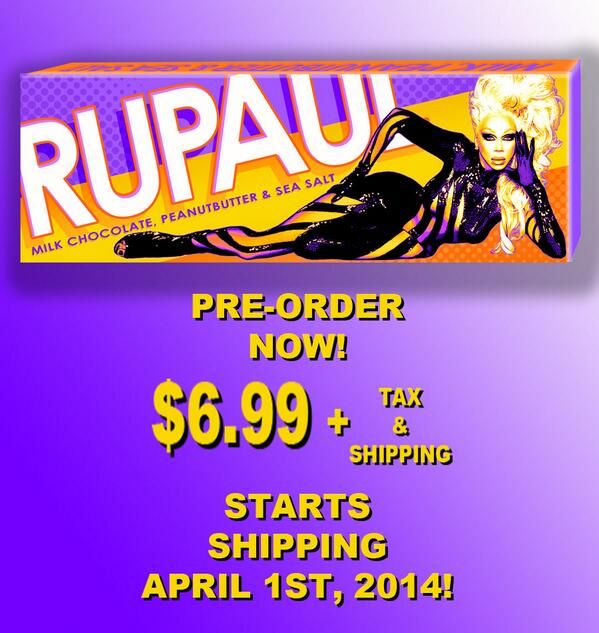 The RuPaul Bar by Sweet Hollywood Honors an Iconic Queen

The bar’s ingredients include: milk chocolate, sea salt and peanut butter, the last of which seems to be a subtle nod to one of RuPaul’s non-album singles of the same name from last year. A portion of the proceeds from the chocolate bar sales will go towards the Jeff Griffith Youth Center in Los Angeles, which provides support to LGBT youth.

As of now, the chocolates are only available for pre-order, but they are set to ship out on April 1st. Some interested fans were quick to question Sweet Hollywood if it’s all just an April Fool’s Day prank, but in a tweet, it was confirmed that the RuPaul-inspired candy bar is definitely no joke.
6.7
Score
Popularity
Activity
Freshness
Get Better and Faster