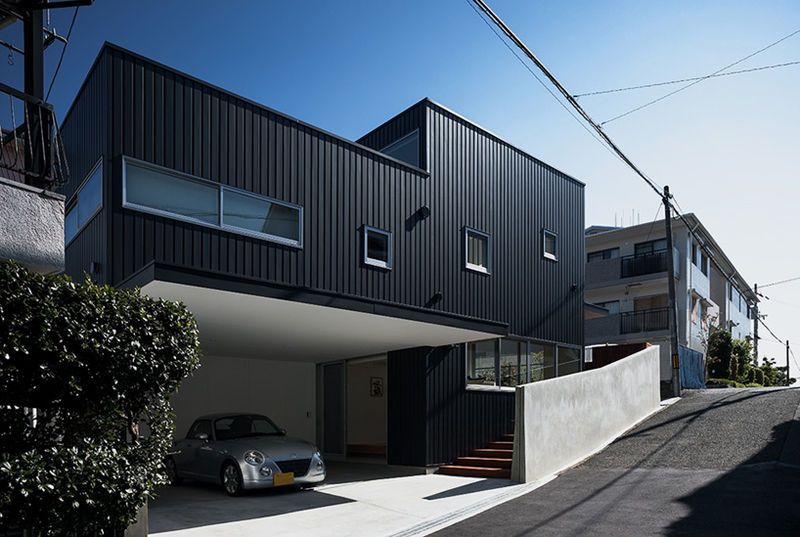 The Swallow House Looks Slightly Out of Place

Jamie Danielle Munro — July 28, 2014 — Art & Design
References: uzu-a & designboom
Share on Facebook Share on Twitter Share on LinkedIn Share on Pinterest
The Swallow House by UZU Architects is located in Japan, and was done so that the owner could revisit the neighbourhood where he grew up. To build the house, however, the architects had to work with a plot of land that was slightly sloped, as well as construct a modern building amongst a sea of older ones.

UZU Architects did a great job with these challenges, as the unlevelled land didn't pose too much difficulty in the end. It's clear that the house is new compared to those around it, however the black facade allows it to blend in a little bit more. To contrast this, the inside of the abode is whitewashed, which works well as a change from the exterior. While the house is compact, it still gives the owner enough space to relax and even an outside porch area for taking in the sun.