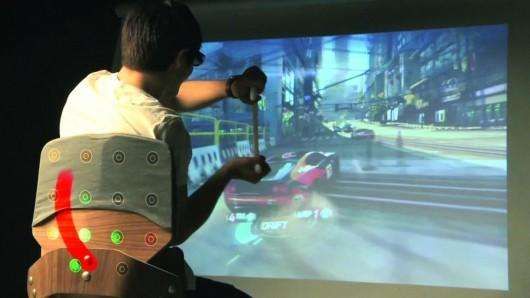 Imagine sitting down to play a video game and, as you progress through levels and defeat bad guys, your chair simulates the sensation of falling, being punched or floating through the air. How? Well, Disney has nearly concluded development on a new project called the Surround Haptics System. The small vibrators embedded into the chair are so sensitive that they can reproduce almost any tactile feeling, from a soft breeze to a traumatizing crash.

Photo-realistic visuals were the challenge of prior research generations, but now that developers approach perfect verisimilitude in video games, they are expanding their research beyond the seen and toward the felt, smelled and tasted.
3.3
Score
Popularity
Activity
Freshness
Attend Future Festival