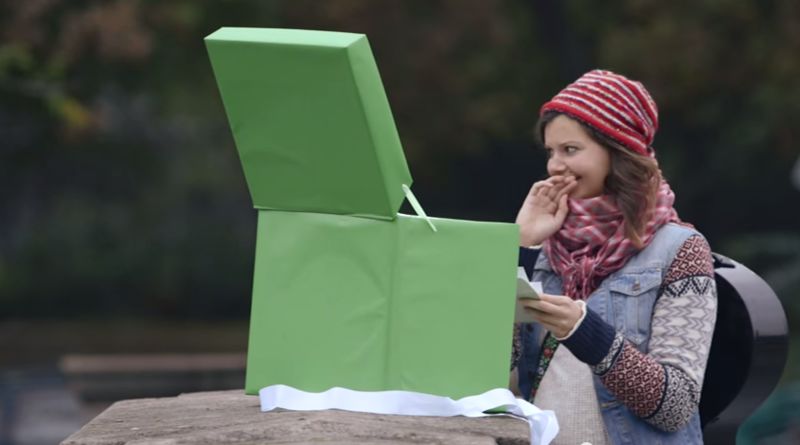 This video explaining the campaign captures hidden camera footage of a few people receiving their gifts from Groupon, capturing their attention with a talking gift box. After having a quick chat with the voice coming from the box, these unsuspecting people are given meaningful gifts like toy cars to represent that they'll get the chance to go on a Ferrari test drive, flowers for a spa day or tickets for a trip to Italy. Once received, people pose with these objects for a selfie.

The campaign is reminiscent of TD Bank's Automatic Thanking Machines, which provided gifts to customers to thank them for their service. However, #GrouponSelfie gives people online the chance to get involved.
4
Score
Popularity
Activity
Freshness
Attend Future Festival