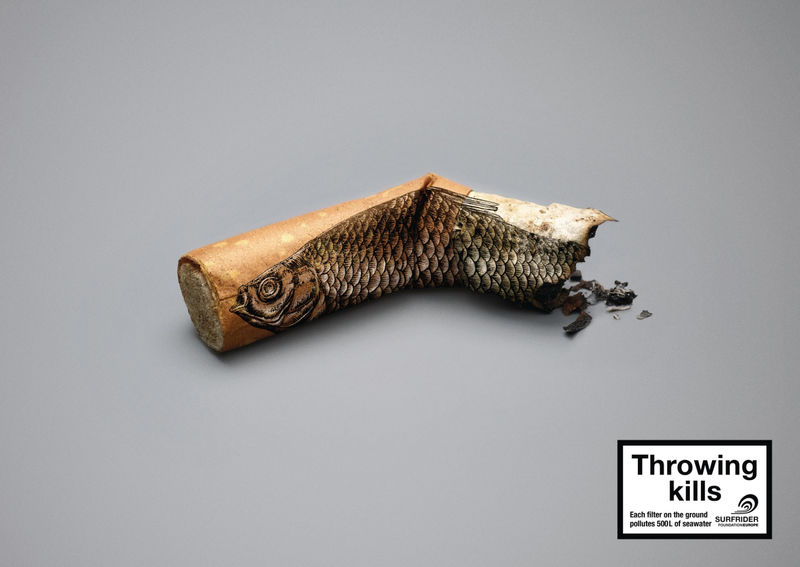 The Surfrider Foundation Ads Focus on Endangering Animals with Trash

Meghan Young — June 22, 2016 — Fashion
References: adeevee
Share on Facebook Share on Twitter Share on LinkedIn Share on Pinterest
The Surfrider Foundation ad campaign is a simple but important one. It shows that although the ocean can be a dangerous place for reasons out of one's control, there are manmade factors to take into account as well. In this case, the Surfrider Foundation ad campaign focuses on litter -- specifically trash in the form of smoked cigarettes.

Conceived and executed by the Young and Rubicam ad agency branch based in Paris, France, the Surfrider Foundation ad campaign illustrates the death of such sea creatures as turtles, fish and seagulls on used cigarettes. It reads, "Throwing kills. Each filter on the ground pollutes 500L of seawater." This is not a well-known fact, especially since many people are warned about the dangers of smoking when it comes to human lives, not animals.
6.2
Score
Popularity
Activity
Freshness
Attend Future Festival