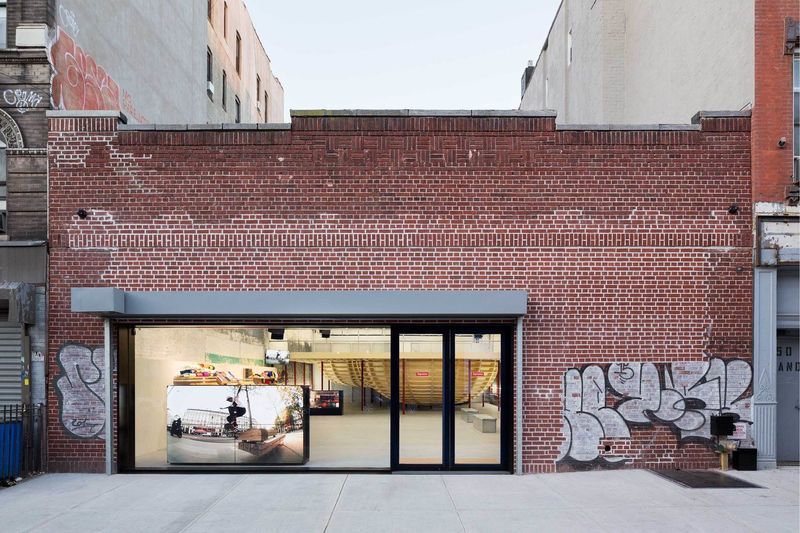 The New Supreme Store in Brooklyn Features an Unfinished Feel

Joey Haar — May 31, 2018 — Art & Design
References: archdaily
Share on Facebook Share on Twitter Share on LinkedIn Share on Pinterest
Even by its name alone, it's clear that streetwear style falls in line with a certain degree of authentic rawness, and that's what Neil Logan and Minji Kim worked to achieve with their design for the new Supreme store in Brooklyn, New York. The store's design looks raw to the point of being unfinished, but that's an appearance that's been carefully cultivated so as to show off the brand image that Supreme is famous for.

From the outside, the Supreme store doesn't look like much. It's built in a former delivery truck storage warehouse in Williamsburg, and that's pretty evident simply based on appearance. The facade consists of the original brick, replete with sloppy graffiti tags, though a large window looks on to the bright interior.