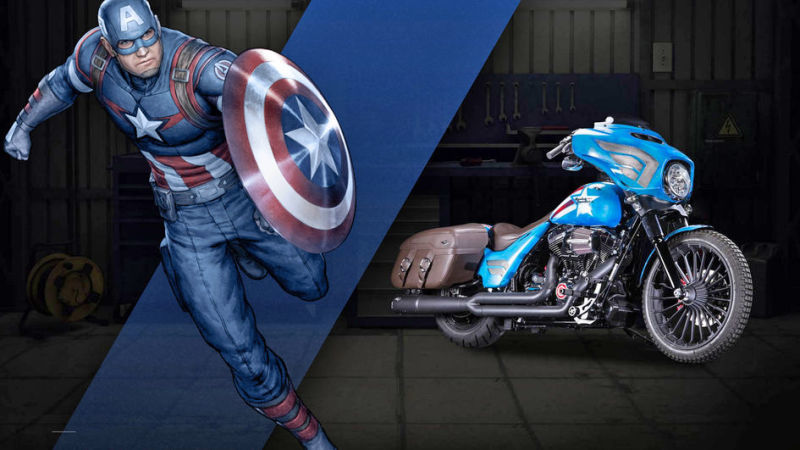 Super Hero Customs has Created a Series of Marvel-Themed Choppers

Joey Haar — August 19, 2016 — Autos
References: h-dmarvelcustoms & io9.gizmodo
In honor of the 75th anniversary of the Captain America comics, Marvel Comics and Harley-Davidson are teaming up to create Super Hero Customs. The collaboration consists of a series of 25 Harley-Davidson choppers, each of which are selected based on a specific super hero and customized with decals and mods to reflect that hero's appearance, powers, and personality.

Though none of the motorcycles are available for retail, there is still a slight chance that at least one lucky person will end up with a bike. On the Super Hero Customs website, users can vote on their favorite ride. The motorcycle that receives the most votes will be given to someone who voted for it based on a lottery.
6.7
Score
Popularity
Activity
Freshness