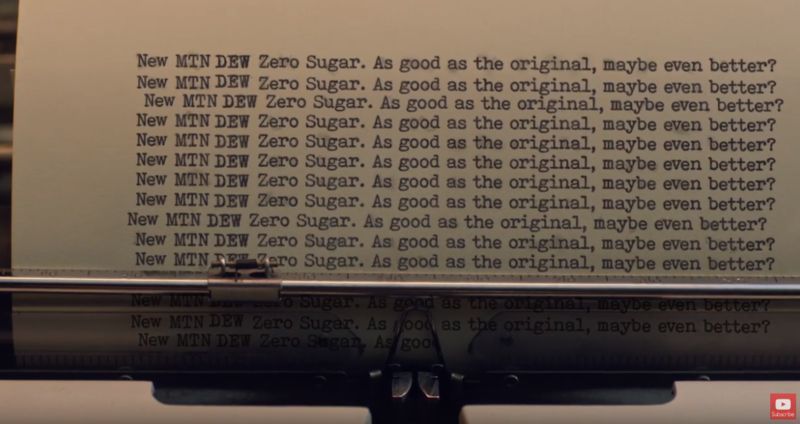 Kalina Nedelcheva — January 20, 2020 — Lifestyle
References: prnewswire & youtube
Share on Facebook Share on Twitter Share on LinkedIn Share on Pinterest
This Super Bowl teaser ad is short and sweet. Every year, the sporting event sends brands into a marketing frenzy as many attempts to curate entertaining commercials to air on the big day. This year, MTN DEW is starting to build on the excitement (and suspense) early on with a short Super Bowl teaser that also calls attention to the brand's new drink formula, which was released in the middle of January.

The Mountain Dew Zero Sugar beverage substitutes sugar for a combination of acesulfame potassium, aspartame, and sucralose. The product is released under the slogan "as good as the original, maybe even better?' and the Super Bowl teaser boldly communicates this as someone vigorously writes the phrase over and over again on a typewriter. Ending with the #MTNDEWZeroSugar, the teaser ad already sets the pace.
3.5
Score
Popularity
Activity
Freshness
Jeremy Gutsche Keynote Speaker