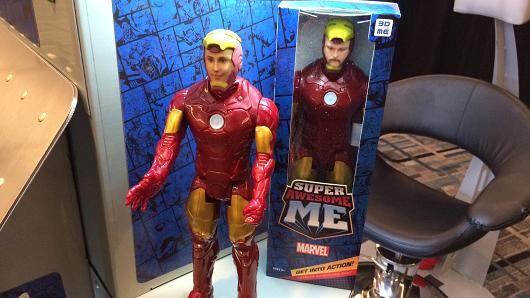 Hasbro and 3DPlusMe Team Up for Super Awesome Me Project

Meghan Young — December 5, 2014 — Life-Stages
References: superawesomeme & cnbc
Children love to dress up as their favorite superheroes for Halloween, so it is only natural that they would be as excited to play with toys that replace the visage of the hero with that of the child's own face; that is where the Super Awesome Me project comes into play. It takes such iconic Marvel characters as Iron Man, Captain America and Black Widow and lets people personalize them with their own faces.

Not only a perk for children, the Super Awesome Me project will appeal to adults as well. A collaboration between Hasbro and 3DPlusMe, it was launched earlier this year. People can visit two locations in New York City and one in Dallas, Texas, to get their own Super Awesome Me action figure.
6.1
Score
Popularity
Activity
Freshness