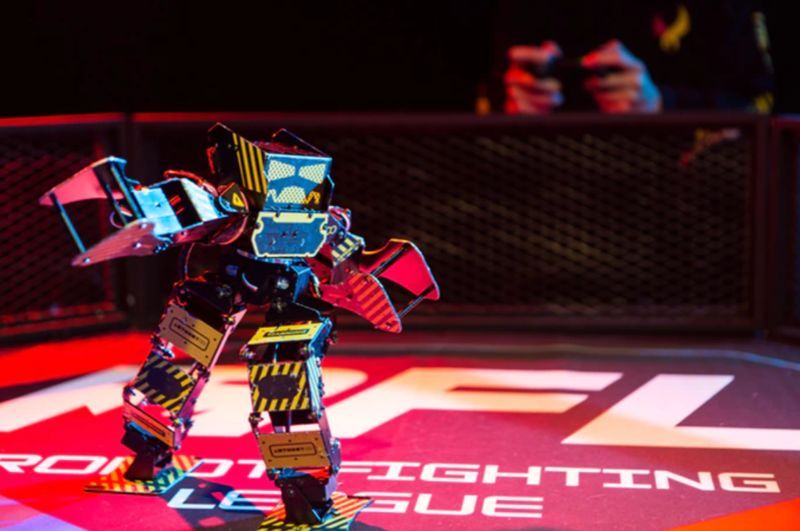 Joey Haar — May 16, 2018 — Tech
References: kickstarter
Share on Facebook Share on Twitter Share on LinkedIn Share on Pinterest
Humanoid battle robots certainly don't have the dynamism and speed of real human fighters, but they're a safe way for people to get some of that aggressive action for themselves, and the 'Super Anthony' robot is a great option for those who're looking to win their next battle. The bot comes with a wide array of moves and powerful servomotors that give it a killer combination of speed, force, and balance.

Super Anthony is built with 15 steel-geared servomotors that each pack 45 kilograms per square inch of power. These give the bot a huge inventory of moves to choose from, including a straight punch, an uppercut, a side kick, a split kick, pounce moves, front and back rolls, and more.
4.6
Score
Popularity
Activity
Freshness
Get Trend Hunter Dashboard