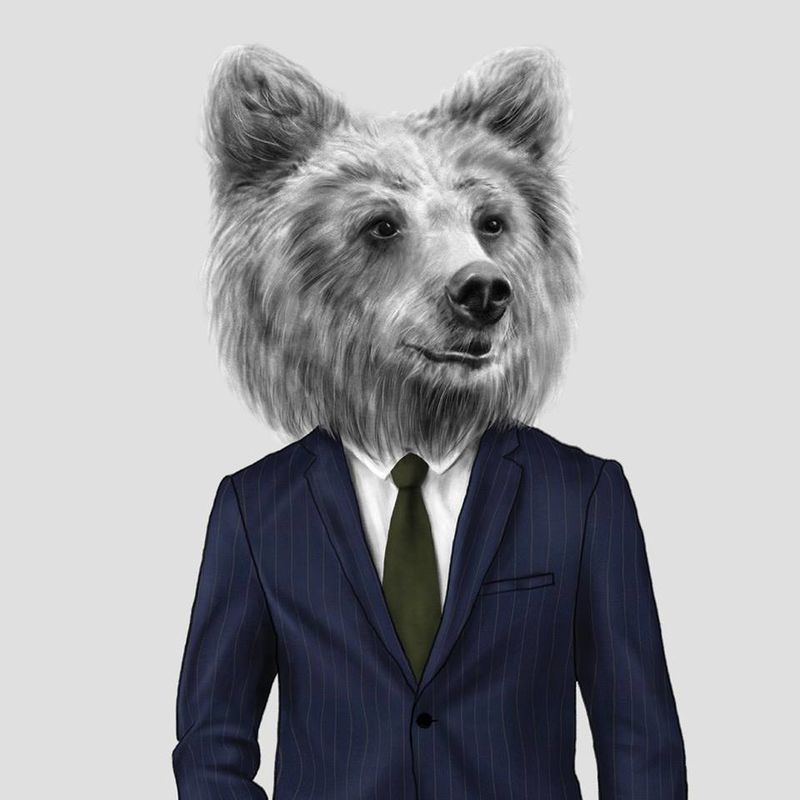 Joey Haar — January 30, 2018 — Fashion
References: facebook & abduzeedo
Share on Facebook Share on Twitter Share on LinkedIn Share on Pinterest
In designing a series of campaign images for Canadian clothing label Frank and Oak, Amanda Mocci opted for suited animal illustrations that reference the theme of the collection. Mocci's designs are specific to Frank and Oak's locally made wool suiting campaign, and so the suited animal illustrations feature native Canadian animals dressed up in their finest attire.

The series includes four images, all of which share the theme of a slickly suited man with a different animal's head. These animals are a grizzly bear, a beaver, a moose, and a Canada goose. The clearest personality shown in the series comes in the illustration of the beaver-man, who pairs his suit with a smart green sweater rather than a shirt and tie alone.

The idea behind the designs is to highlight Frank and Oak's work with Canadian suit designers as well as the locally sourced wool that's used in the manufacturing of those suits.
1.2
Score
Popularity
Activity
Freshness
Get Better and Faster