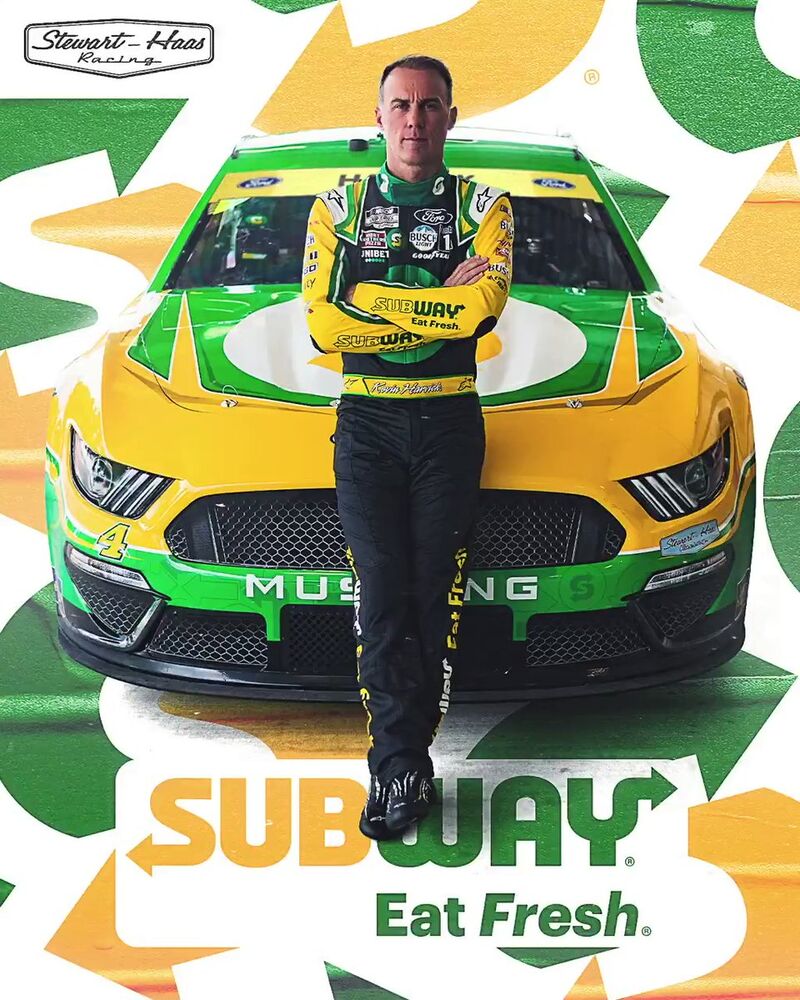 Niko Pajkovic — September 16, 2021 — Lifestyle
References: subway & qsrmagazine
Share on Facebook Share on Twitter Share on LinkedIn Share on Pinterest
Popular sandwich chain Subway has announced the launch of 'Subway Delivery,' a DoorDash powered feature that will let customers order their favorite subs straight to their doorsteps. Available throughout the United States, the new service can be accessed through the Subway app or on Subway.com.

To promote 'Subway Delivery,' the brand has teamed up with NASCAR driver Kevin Harvick and Steward-Haas Racing, unveiling a new Subway-inspired paint job on Harvick's newest racecar, which will make its debut at the NASCAR Cup Series.

In what is perhaps the standout element of the new campaign, Harvick will deliver freshly made subs to winning fans, pulling up to their homes in his new 'No. 4 Subway Ford Mustang.' Fans of Harvick's will be able to follow his delivery journey on social media using the hashtag #EatFreshFast.