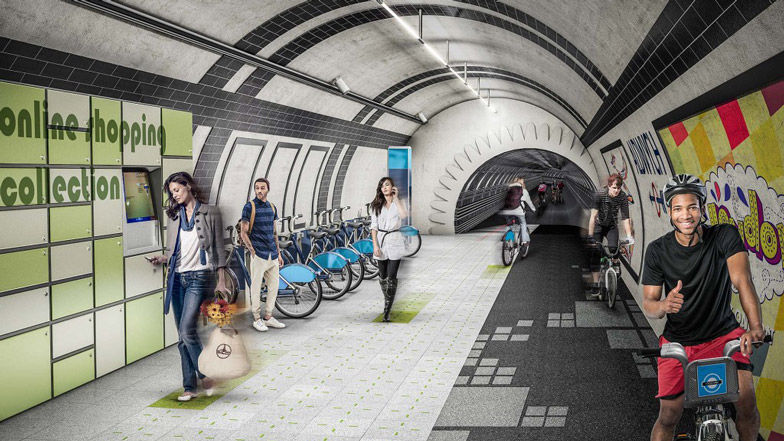 The London Underline Would Reroute Pedestrians to Subterranean Passages

Amelia Roblin — February 5, 2015 — Eco
References: gensler & dezeen
Share on Facebook Share on Twitter Share on LinkedIn Share on Pinterest
At first, you will probably appreciate the broader thinking behind this subway bicycle lane idea, but there's so much more to this concept than meets the eye. Dreamed up by Gensler Architects, this could be a subterranean nod to New York City's High Line with a smart invisible spin.

Essentially, the proposal would be to repurpose the London Tube sections that are unused or abandoned, turning them into safe and vehicle-free paths for pedestrians and cyclists. This would minimize the many bike-related accidents occurring aboveground in the great British city. Commuters could be lured into the so-called Underline by bike rentals, pop-up shops, cafes and cultural activities.

But one of the most innovative ideas embedded into this idea is the integration of eco-friendly Pavegen paving tiles. This flooring has the power to draw the kinetic energy of foot traffic, enabling the generation of more electricity than these tunnels would even consume.
4.6
Score
Popularity
Activity
Freshness
Access Advisory Services