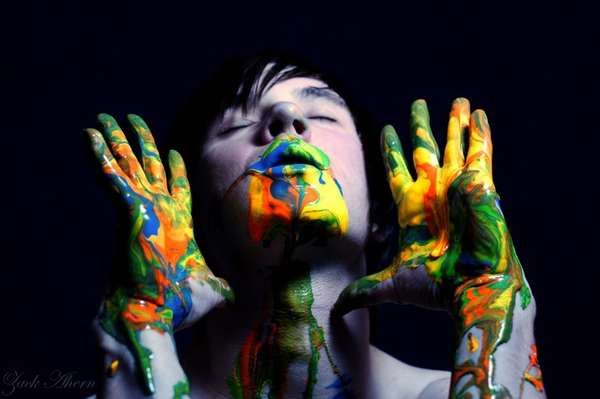 Zack Ahern Shows Passion and Determination Through His Works

Andrew Loh — December 9, 2011 — Tech
References: zackahern & mymodernmet
Share on Facebook Share on Twitter Share on LinkedIn Share on Pinterest
As one browses through the fascinating series of vivacious and dramatic self-portrait captures by 23 year-old Zack Ahern, it would have dawned on the viewers that the self-taught photographer from Oklahoma seems to have been inspired by horror flicks from the likes of House of Wax, Saw and Final Destination, among others.

Just look at one of the pictures that features a head trap costume, or another depicting flame gushing out from an eye socket. The adventurous Ahern is often the model of his own shoot, as he smears his face and body parts with various substances, such as acrylic paints or karo syrup. He can also be seen drenched in fake blood and powdered with flour.